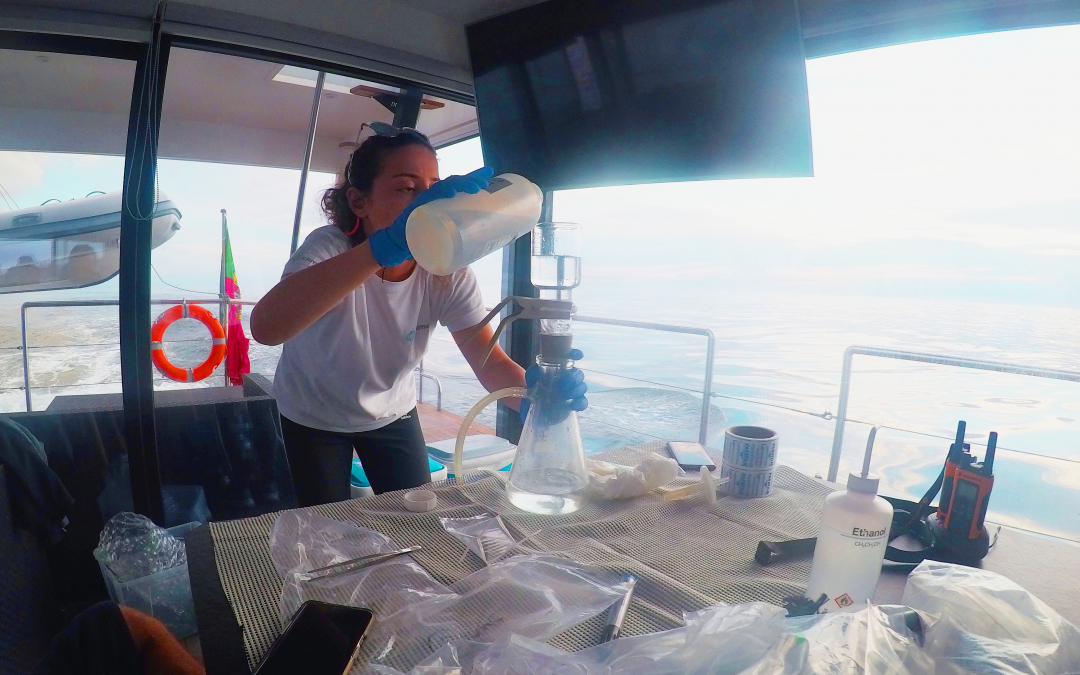 Our investigators successfully closed the first monitoring campaign of the marine waters of the North, which started in June. Above all expectations, they carried out 32 sampling stations and spotted 41 groups of dolphins during the ATLANTIDA northern marine water monitoring program, which took place over all summer, between Espinho and Caminha.

The team, which included members of the Faculty of Sciences of the University of Porto (FCUP) and the Interdisciplinary Center for Marine and Environmental Research (CIIMAR), left the vessel ‘Del Mar’ with a feeling of accomplishment. The campaign ran for four consecutive days and covered the entire territorial sea in the North of the country, covering the marine area from Espinho (Aveiro) to Caminha (Viana do Castelo) up to 12 nautical miles (about 22 kilometers) from the coast.

In total, the researchers managed to carry out 32 sampling stations, and at each station data were collected that will allow the deepening of the study of marine waters, as well as oceanographic profiles for the evaluation of the physicochemical parameters along the column of water, water samples for characterization of microbial and phytoplankton communities, and records of the local acoustic landscape and cetacean samples.

At the same time, the researchers carried out samples for the study of microplastics in the waters of Northern Portugal.

In addition to the work carried out, in this first monitoring campaign, a series of short trips were also carried out between Leça da Palmeira (Matosinhos) and Vila Nova de Gaia, Porto district, to study cetaceans. During these, the researchers had privileged encounters with 41 groups of dolphins, with the common dolphin being the most sighted. These meetings allowed the collection of different biological samples.

Mafalda Correia, a researcher at the ATLANTIDA project, says that, in addition to the photographic records, the research team was able to “collect small samples of tissue and the breath of the dolphin”. “All of these samples will give us fundamental information to better understand these animals, study their population status and health, and optimize monitoring methods,” she notes.

READ MORE NEWS ABOUT THESE RESULTS AND ACTIVITIES